The sand dunes of Sossusvlei in the Namib Desert are often referred to as the highest dunes in the world. Various arguments are laid out to support this claim, but all miss the point, which is that Sossusvlei is surely one of the most spectacular sights in Namibia. Located in the Namib Naukluft park, the largest conservation area in Africa, and fourth largest in the world. The belief that nothing could survive in temperatures that surpass 40ºC during the day and fall to below freezing at night is not true. Black-backed jackal, a notorious scavenger, (which we saw!) springbok and ostrich tip-toe cross the dunes frequently. It is said that Gemsbok (oryx) last for weeks without drinking water in Sossusvlei because moisture is not allowed to leave the body and therefore they stop sweating.

The sand-dunes at Sossusvlei are some 60km from the Sesriem gate (the entrance to the park) and the drive takes about an hour. The gate into Sesriem only opens at sunrise, so those staying outside of the park (which includes all the lodges in the area with the exception of Sossus Dune Lodge) will have to wait until sunrise to begin their journey to the dunes. Jules and I were in line to enter the gate at 6:35am. We were the first ones at the Dune and spent two hours climbing to the top! It was spectacular. 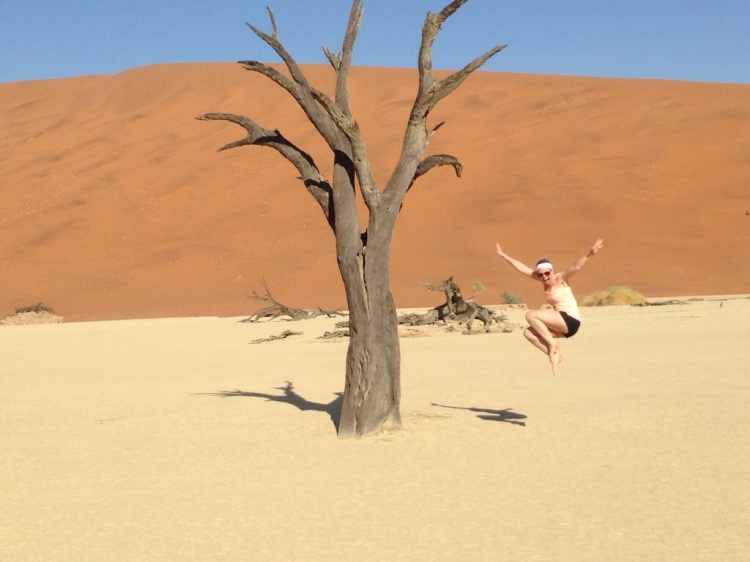 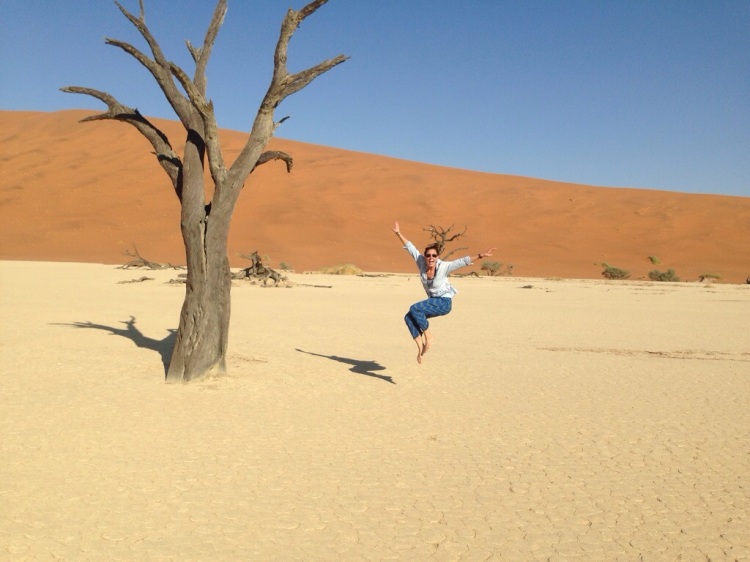 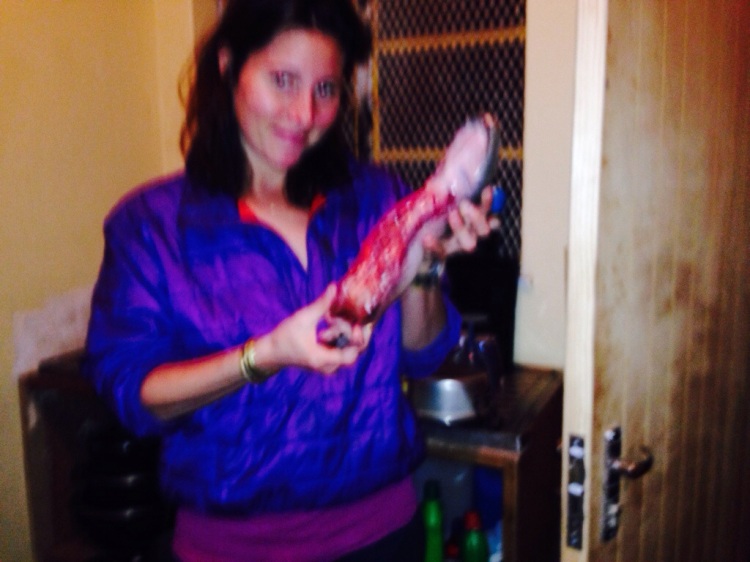 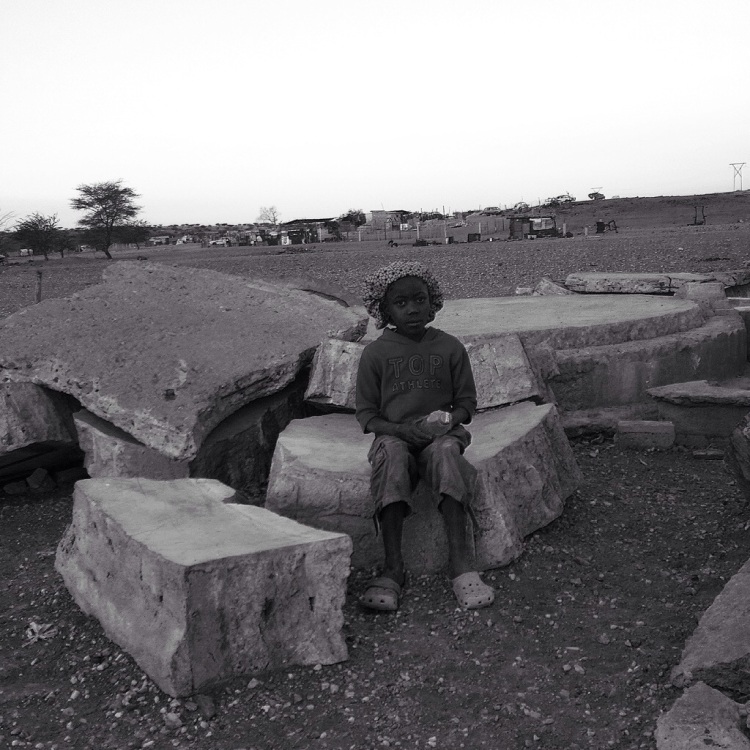 I would be lying if I said that in the past six months hitchhiking has gotten easier. Last weekend was nothing new. Given the long weekend, Loretta and I decided to venture to Swakopmund for the weekend. School finished around 10a and we walked to the hike point. We waited for about an hour or so before a nice Namibian pulled up in a bakki. We were also accompanied by one of my Grade 8 learners Stephanus. We all pilled into the back of the pick-up truck which now was occupied by five of us. Loretta got comfortable and decided to take a nap while I sat across Stephanus. In a matter of minutes, I realized that we were probably going faster than any time I have ever driven to Swakopmund. I peeked my head through the window connected the cab to the front of the truck – 180km/hr. Okay… the speed limit on the gravel roads given the amount of rocks, stones, runoffs, holes, and perhaps a donkey is 100km/hr. Luckily we made it to the Swakopmund location fine however when we dropped off one of our passengers I looked over Stephanus and he was not his usual boisterous self that he is in class. The next thing I know, Stephanus grabs his stomach and proceeds to get sick in the bag of the bakki. Naturally, Loretta didn’t get anything on her however yours truly was sitting in it. At the moment I realized I only brought one pair of pants.

Swakopmund was still another 20-30min away so we enjoyed the rest of the ride propped up on each side while the throw up sloshed back and forth when we would accelerate or slow down.

Once we arrived in Swakopmund, I forced Loretta to wipe the remaining chunks off the back of my pants while she complained… I would say that is good friend huh?

Finally, four hours since leaving Uis, we were at Desert Sky, our typical backpacker and were enjoying the remaining sunshine and a glass of wine. Loretta after a shower looked refreshed, while me as soon as I had a glass of wine in hand forgot all about my throw up pants. As we were laughing about the afternoons events, I looked up and saw Liz walking down the stairs into the garden area. Although Namibia, not a small country, feels so small at times. It was truly such an unexpected surprise. She told us that Martha, another WorldTeach volunteer from the North would be also coming later in the evening. It was thrilling. The remainder of the weekend was spent enjoying good company, many libations and many laughs.

On Monday, Liz had to find a hike to Omaruru where she could get another lift to Omajetti where Martha had to travel 8 hours North and hopefully find a ride to her village. Loretta and I figured it wouldn’t be a problem to get home since it is really only two hours from Swakopmund. We couldn’t have been more wrong. At 11a, we said our goodbyes to the girls and went to the last petrol station on the outskirts of Swakopmund and stood by the road with all of our things. This is a typically location if you are trying to hike. We waited until 3p and naturally as we sat there the ocean breeze brought enormous cloud and a cold front over the town. The temperature dropped from around 75 degrees that morning to a chilling 65 degrees. Neither Loretta or I brought “warm” clothing and my throw up pants were hardly doing the trick. A bakki finally stopped and let us know that he would be, key word, heading to Uis however had to go to Walvis Bay first. Walvis Bay meaning the other direction. We decided to go with him as we were freezing. The trip to Walvis bay took about an hour and then we were back through Swakopmund. En route we picked up a few hikers and then jumped in on top and next to Loretta and I. Our once semi-comfortable space now had five additional grown men. One man sitting next to me seemed to be intrigued by men and offered more than once to “service me”. I declined about four times all the while Loretta was talking to the other passenger that was nearly sitting on her lap. Finally we arrived back in Swakopmund, dropped our new passengers and continued to Henties. The driver informed us that we would be switching cars in Henties Bay. We arrived and found our new vehicle, a combi had two flat tires.

The total travel time was about seven hours. Once we arrived, I thought the driver may give us a break on the typical cost of $N100/per person however he didn’t. TIA. 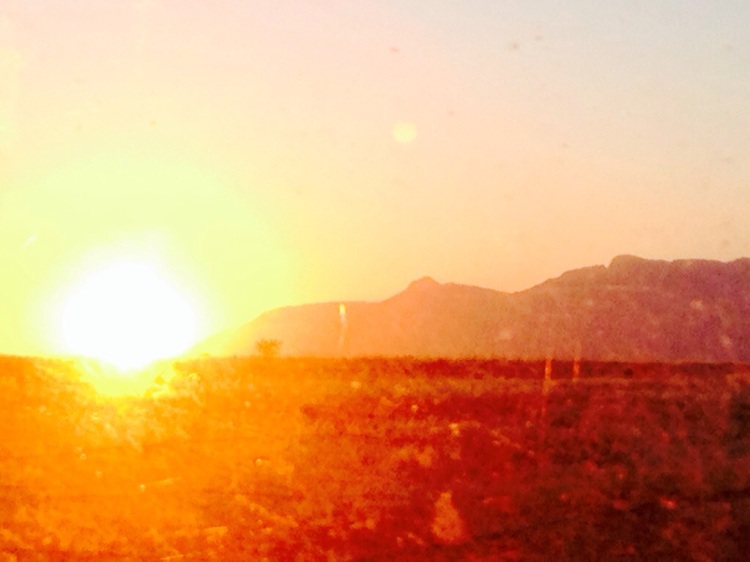 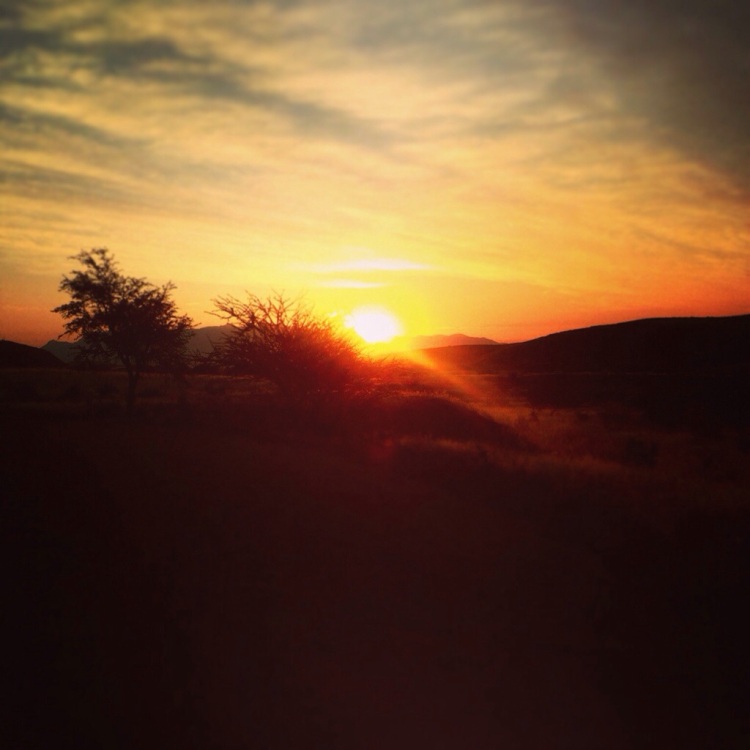 Imogen and her two friends. I had Imogen in class during my practicum. Five and still adorable!! 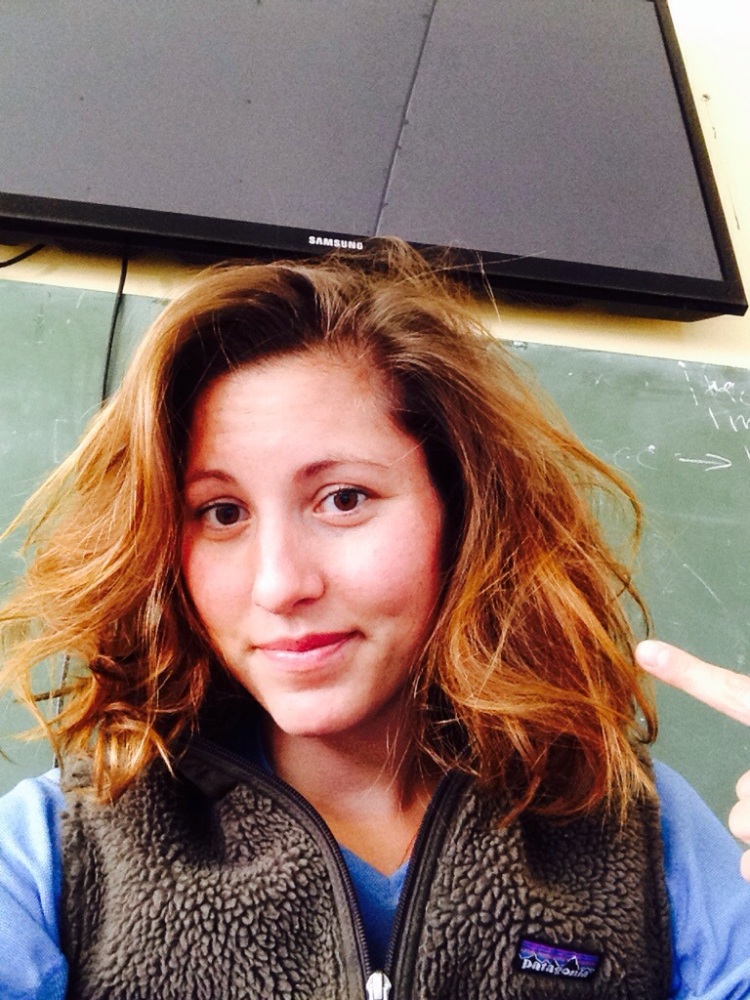 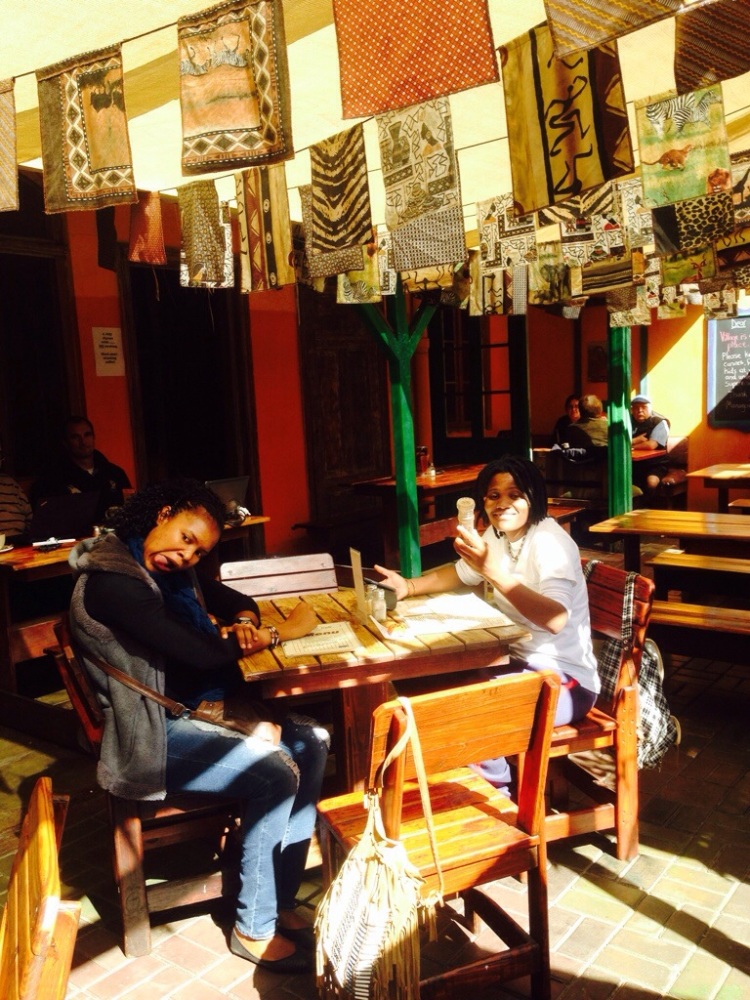