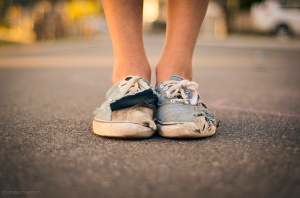 I truly can’t believe how fast time flies when you are with family and friends. I had the most wonderful time at home.  I got to see nearly all of the people I wanted to with the exception of about five important people. (I promise I will see you in December when I am back for good)!
It was so strange being back in the U.S. after such a long period of time and although I have changed so much, so little had changed at home. Everyone was nearly doing the same things, my Mom was busy as ever running around the grandparents to their various appointments, Jo planning and getting ready for the wedding, and the Chef….well, being the typical Chef.  Nothing really changed however I felt completely different. Everything looked different and felt different. Especially in the first week. Everything we appreciate like being able to visit the grocery store whenever we want or running to grab a cup of coffee at Starbucks or even meeting a friend last minute at a restaurant around the corner. All things I typically take for granted aren’t available to most people, especially here in Africa.  The simplicity of it sounds sort of cockamamie but being so spoiled in my upbringing, I really missed it.  I also realize here, we don’t need much.  In the U.S. we are so consumed with how everyone looks at you and how you spend your time. Who/where you are and whom you are with takes over why you are doing things. Here, none of the superficial stuff matters. People don’t care if you are wearing yoga pants to the coffee shop (ahem, if there was a coffee shop) or whether you brush your hair perfectly (or not at all in my case..). The most important thing here is family and it’s as simple and raw as it gets. 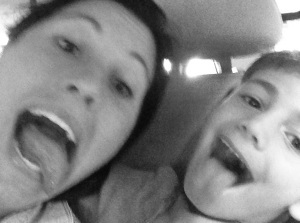 (Ben and I when he visited Boston)
While I was home, I visited my old office at BIDMC and they donated a whole box of goodies for the kids. Yesterday I gave out a few of the pens and pencils and sharpeners.  The kids were thrilled. (Thank you Donna and the team who donated all the goodies for the kids!)
So I thought I would summarize a few things that have changed since I have been away.. 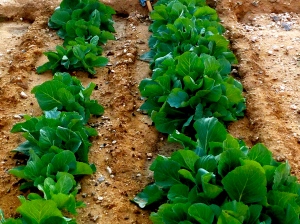 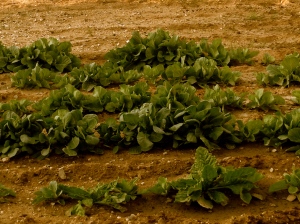 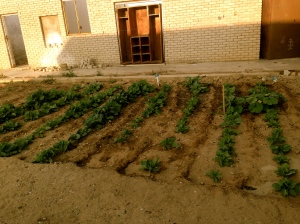 (We have grown collard greens, cabbage and apparently tomatoes are on their way – hurray!)

3. Alyssa, PeaceCorp volunteer is no longer in Uis – sadly. Apparently due to violence in the area the PeaceCorp decided to remove her because of her safety. Sad but true. While I was away I heard that the China shop was robbed and the owner got beaten up pretty badly. Additionally, according to some of my colleagues, a sexual offender that was being held at the local prison in Uis, (population: 300) is now out and about.  Excellent.

4. New Principal! I have a new principal and she is wonderful. I returned around 9pm on Wednesday evening and of course hadn’t slept in over 40 hours by that time and the following morning attempted to teach all of my classes. Around 10am, I was beat and went during the break to lie down and by lie down I mean sleep. I tried to get up but literally couldn’t and so I had Loretha tell the principal that I needed to rest.  Apparently, she nearly finished Loretha’s sentence and said, “that sweet girl she must be exhausted.” Love her already. 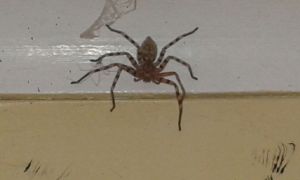 All in all, I think the adjustment this time around is going to be difficult as I am coming from home versus traveling around Africa as I was in the first term.  Since being back I already miss the luxuries of the first world, family, the Chef, daily yoga, and of course the assortment of green food.
Ps. Yesterday a goat was killed outside my flat. There is still blood over the wall. Welcome home.

One thought on “While I was away…”